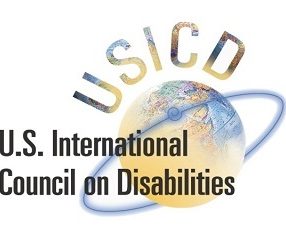 Building a Global Community of Persons with Disabilities

The United States International Council on Disabilities mourns the death of its Board member, long-time Past President, and co-founder, Marca Bristo

The United States International Council on Disabilities (USICD) mourns the death of its Board member, long-time past president, and co-founder, Marca Bristo. Her passing is a substantial loss for all those she touched with her advocacy, kindness, and powerful sense of what is right. USICD will honor her posthumously with its highest honor, the Dole-Harkin Award, at its annual gala in Washington, DC in December.

“Congresswoman Titus’ bill to establish the office is a breath of fresh air,” said U.S. International Council on Disabilities Executive Director Isabel Hodge. “Having a permanent office and special advisor has been something the disability community has wanted for a long time. The U.S. is currently absent from the global disability movement. As a result, foreign countries are going to other countries with less expertise and not receiving optimal results.”

Type in your search keyword(s)